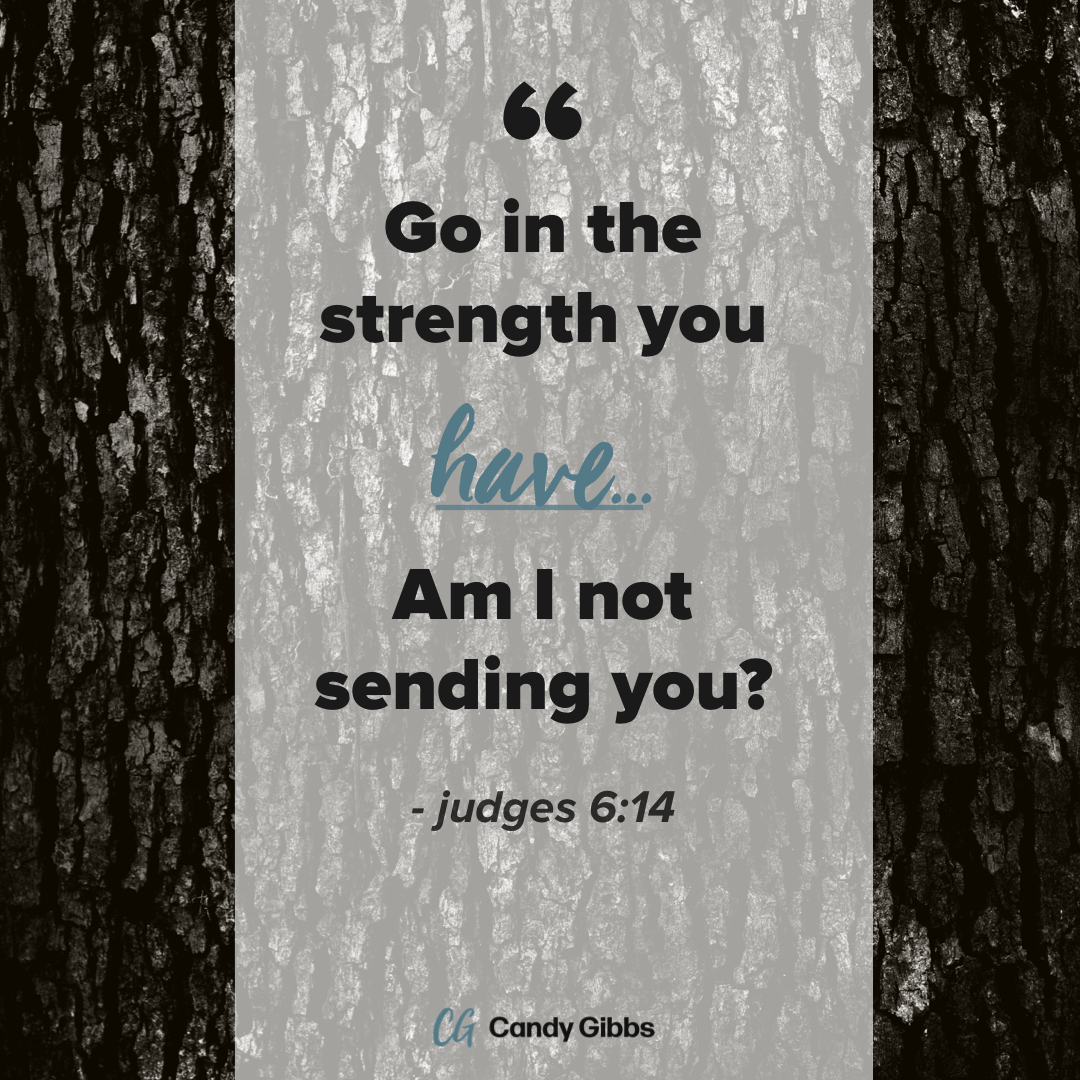 Judges 6 is the chapter where we are told about the calling of Gideon, a great warrior.  Today, the verse in that passage that most resounds with me is verse 14, “Go in the strength you have and save Israel out of Midians’ hand.  Am I not sending you?”  For 7 years the Israelites were oppressed by the Midianites. So what had changed?  The people cried out to the Lord for help.  The Lord tells Gideon to defeat the enemy with the strength that Gideon already possessed.  With 300 men, Gideon defeated the strong, oppressive Midianites.

I’m not sure what it is that has oppressed you or your family for far too long, but what I am sure of is that you already hold the weapon and provision necessary to see that thing defeated.  The Israelites had allowed their enemy to oppress them for 7 long years.  Until the time, when someone was brave enough to cry out to the Father, that is.  Have you ever considered that it takes bravery to cry out?  Oh, my friend believe me, it does.  If you have ever finally fallen to your knees and asked the Lord to do something that only He could do…you know it takes bravery.  To muster up the courage to step out on the limb that says, I am asking out loud in ear shot of others, who will know whether you provide or you don’t…it takes bravery.  It takes faith.  And faith is brave.

But what I love about this context is that the Israelites already possessed the strength they needed to see victory.  They just didn’t see it.  Faith is having brave trust in a God that is sovereign and just.

One of my favorite songs of all time is by a band named Caedmon’s Call.  The song describes a person in the midst of the ocean…in the middle of a storm…fighting to keep their head just above water, terrified they will drown.   My favorite line to the song comes at the very end…”a long time back, my feet could touch the bottom.”

How often does the Lord see us like a child wailing about in the ocean in water that is only belly deep?  If only we would stop long enough to hear Him say, “Stand up, child.  You can touch the bottom.”

You already possess the strength to defeat that thing that has held you captive for far too long.  Stand up child.  Go in the strength you have.  Take your ground.  It’s long overdue.