Life Over and Over With No Life at All 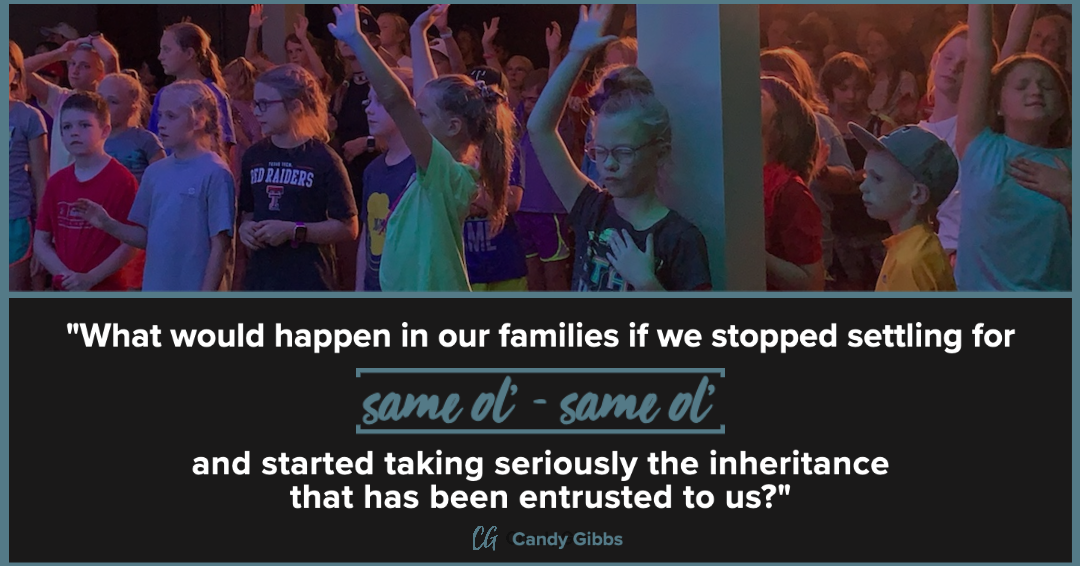 So, I am not a super big fan of this movie, but have you seen The Truman Show with Jim Carey? In this movie, an entire “fake” life has been created around this man, Truman. Only the main character, Truman, is not an actor. Everyone else in Truman’s life is an actor. They come in, play their role, and then go home to their normal lives. The Truman Show is an actual television show that those on the outside are watching. For Truman, every day is pretty much the same as the day before…it is very predictable.  As Truman becomes an adult, he begins to notice that things are strange. In one scene, he notices that a person on a bicycle rides passed his house at the same time every morning and that the garbage collector is always on time and they have the same conversation every day…it is mundane and monotonous…life, over and over again…only with no “life” to it at all.

I woke up thinking about that this morning. Mundane, monotonous life…as the mom of littles, that looks like spilled milk, lost shoes, puppies that need potty trained, children that need it too, booboos that need Band-Aids, another drink of water at bedtime, fevers in the middle of the night, no alone time for a bath, and laundry (oh the laundry)! As the mom of teenagers that mundane life looks like thousands of hours each week driving the family taxi, midnight trips to the store for project supplies that is due tomorrow, school plays, groundings, driving lessons, broken nails, broken bones and broken hearts, the endless search for that money tree for all the team and organization’s t-shirts you have to buy, late-night talks, and laundry (have I mentioned laundry?). Then the mom of the college and adult children; the all-night prayers offered during finals or rush, the long-distance conversations about whether or not this could be the one, what major do I chose and how will we pay for it, what to do about this terrible roommate, and the laundry becomes seasonal, but when it shows up…oh, man!

As I type those lists, I want you to know it is all real to me. Very real. I have felt like I was just going through the motions. Waking up each day at 5:30 am to the same life I put to bed yesterday at 10:18 pm. Life, over and over again…only with no “life” to it at all.

17 I keep asking that the God of our Lord Jesus Christ, the glorious Father, may give you the Spirit[f] of wisdom and revelation, so that you may know him better. 18 I pray that the eyes of your heart may be enlightened in order that you may know the hope to which he has called you, the riches of his glorious inheritance in his holy people, 19 and his incomparably great power for us who believe. That power is the same as the mighty strength 20 he exerted when he raised Christ from the dead and seated him at his right hand in the heavenly realms, 21 far above all rule and authority, power and dominion, and every name that is invoked, not only in the present age but also in the one to come. 22 And God placed all things under his feet and appointed him to be head over everything for the church, 23 which is his body, the fullness of him who fills everything in every way.” Ephesians 1:17-23

There is a scene in The Truman Show where he gets it. He realizes that there is so much more to real living than this boring, fake existence he is living. He finally decides he will not continue in this no life living and he heads to the boundary, a wall in the distance that he has never traveled beyond. He knows that on the other side of that divide is real life. Full of new experiences and reality. That is where his destiny lies. The most moving part of the movie is that many of the “normal” people on the outside are cheering him on, hoping that he will have enough courage to overcome the divide and find true fulfillment.

As I read this passage in Ephesians this morning, I thought of us. The moms who sometimes feel like we are living a mundane and boring life. What would happen if we came to our senses and realized the power and authority we possess as daughters of the King? We are citizens of a land on the “other side” where every need is met and there are fulfillment and purpose on every side. What would happen in our families if we stopped settling for carpool and spilled milk and took seriously this power and inheritance that has been entrusted to us? I believe all those on the other side are ecstatic at the thought that we might just become who He’s called us to be!

You are chosen and mighty powerful…would you join me in deciding not to settle for the same ole same ole and dare to do some powerful, Kingdom living while there’s still living to be done?